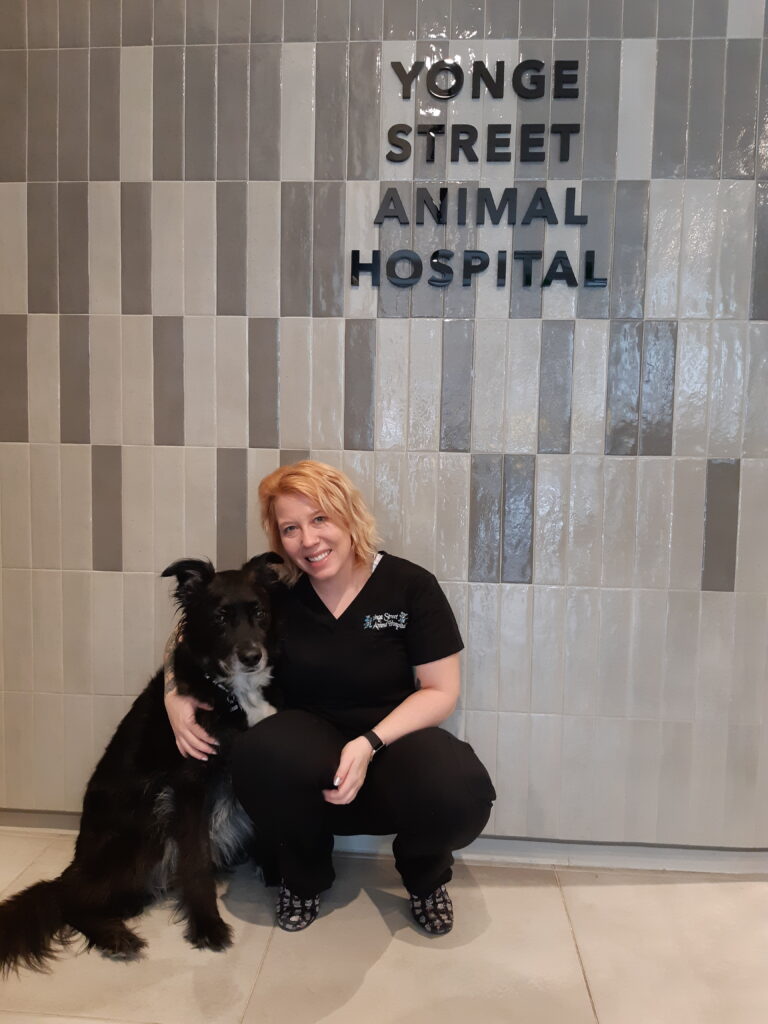 Jessica Petereit was born and raised north of the city in Newmarket Ontario.  Before going to Seneca College to become a Veterinary Technician she went to Lakehead University where she earned an Honours and Master’s degree in English and Literary Studies.  Upon completing her Diploma program at Seneca College Jessica became registered with the OAVT as a RVT.   Her passion for animal care and love for community involvement brought her to Yonge Street Animal Hospital.